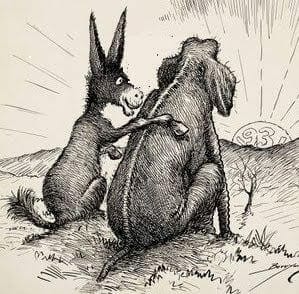 As we prepare to go to the polls to elect the next leader of this great nation, I am reminded of the solemn responsibility with which we have been entrusted.   Our forefathers knew the only way this experiment would work is if we were active participants.  And George Washington, when he chose to reject the invitation to be king, proved to us that the president is truly the people’s choice.

Israel dealt with the same concern.  Although God was their leader, Israel sought to choose their own king—the people’s choice.  In 1Sam 8, Israel demanded God’s prophet Samuel, to install a king.  “Now make us a king to judge us like all the nations,” (1Sam 8:5)  By watching the surrounding nations, Israel rejected the government God had created—a theocracy; for the government of those nations surrounding them—a monarchy.  God consented, listing the many burdens a king would bring to the people (1Sam 8:7-9).  After pleading with the people, Samuel anointed Saul to be the first king of Israel.  Although Saul looked the part, he was not God’s choice.  So, after reigning a year we find Saul was impatient, arrogant, and disobedient.  The people’s choice proved to be the wrong choice.  Have you ever made a decision based upon the outward appearance and not God’s will?  It seemed to be the right move, but later you learned it was the wrong choice for you.  God has a plan for us and has ordered our steps (Ps 37:23-24).  And when we make decisions based upon the wrong counsel, He (through His grace) also has a way of delivering us.

God did not leave Israel to suffer through their poor decision, but He prepared a solution in a sixteen-year-old shepherd boy, who would later become King of Israel—David.  David was God’s choice, and he was the greatest king to reign in Israel.  But that is not the end of the story.  Eph 1:4 tells us that you too are God’s choice.  And He chose you before the foundation of the world.

So, as you go to the polls and choose to exercise your civic duty, remember that you are God’s choice.  Just as Washington considered you as he framed this great union, God had you in mind when He sent His only begotten Son to give you everlasting life.

If you enjoyed this blog, come join us for Christian Education to hear more.  Sundays – 9:30 am to 11:00 am.  We will be teaching you about the importance of God’s vote to adopt you into His family.