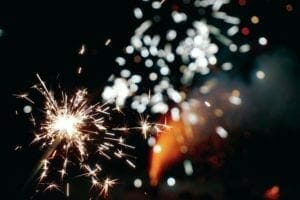 As we enter this 4th of July weekend, I’d like to take a moment to recognize the significance of Independence Day. On July 4, 1776, the Continental Congress declared that the thirteen colonies were no longer under the rule of Great Britain.

This Declaration of Independence came in the midst of the Revolutionary War which lasted from 1775-1783. Many died for the freedom which we hold so dearly. The US now serves as a beacon of freedom for nations around the world. Freedom is never free.

As saints, we celebrate the freedom from the power of sin, but our victory was wrought through the shed blood and death of Jesus Christ. He gave his life so we could be free. His apostles took up this banner, or flag if you must, to offer this freedom to others. It’s now our duty to declare our liberty in Christ and fight for the lives of those who have not experienced this sweet taste of victory.

Let’s celebrate our nation‘s independence, but also shine our light as a beacon of freedom from the power of sin. The Apostle Paul charged, “Stand fast therefore in the liberty wherewith Christ hath made us free.” (Gal 5:1)